Twenty-third in a series of posts suggesting gifts for the hilobrows in your life this holiday season. 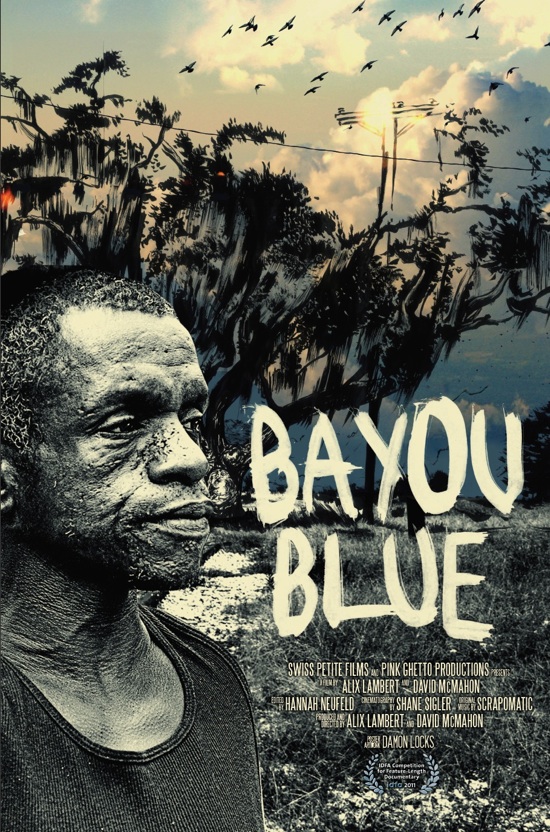 HiLobrow friend and contributor Alix Lambert’s documentary Bayou Blue (co-directed with David McMahon) just premiered at the International Documentary Film Festival Amsterdam. At the moment, it is without distribution, but you can order it directly from the directors for $20. Email Alix: lixilamb [at] gmail.com.

Alix Lambert and David McMahon talk about why the media ignored the killings of serial killer Ronald Dominique.

Alix Lambert: I think it was pretty complicated. It didn’t seem like it was just one factor. It did seem like there was… the families were not at the newspaper door every day saying you have to write about our children or loved ones. There were other pressing things to be written about, like hurricanes. And there were a lot of kind of dismissive ideas about who the victims were. But it also, I think Robert says in the film, you know, it was also a mystery to him, so.

David McMahon: Well, I think sort of, it’s hard to catch a serial killer. It just factually is, when you have a stranger murdering another stranger. There’s just nothing to tie them together. So if you can do it and not have an eye witness see you doing it, it’s just a very hard thing to do. I think it costs a lot of money. DNA testing costs a lot of money. And when you have crimes stretched out over so many jurisdiction, which is what was going on here, it was 8 different parishes. And then within a parish you can have crimes being pursuit by city police versus the county sheriff. So there are so many jurisdictions. They don’t all communicate. So they did not factually know that there was a serial killer, because he had spread the bodies out, until fairly late in the game. So from that standpoint I think all of that contributed to the long time that it took. And also you didn’t have a lot of victim advocacy. You didn’t have people calling every day and saying: what’s going on, what’s going on with the case, have you found… For whatever reason. And there wasn’t a lot of media attention. So there weren’t people out looking on the street to find a serial killer.