Eleventh in a series of posts suggesting gifts for the hilobrows in your life this holiday season. 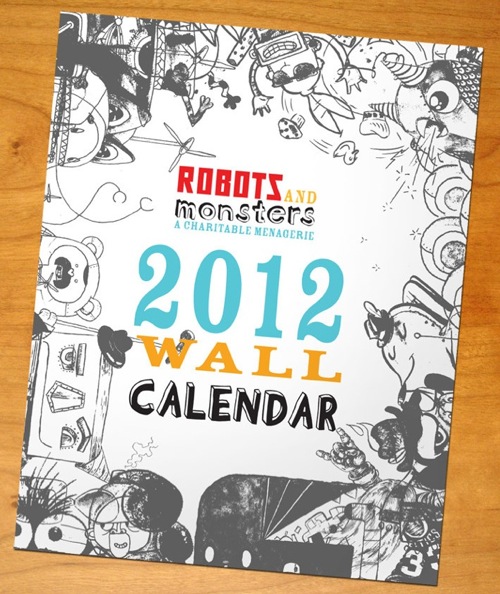 HiLobrow friend and contributor Joe Alterio is founder of the nonprofit Robots + Monsters website, which raises money for good causes via commissioned robots and monsters art. We’ve written about this very cool project before.