Ninth in a series of posts suggesting gifts for the hilobrows in your life this holiday season.

HiLobrow was thrilled to add Gary Panter to our roster of contributors in 2011. He is one of our artistic heroes. Here are some things he made in 2011:

A skateboard! for Pharmacy. Plus socks and t-shirts! Available here. 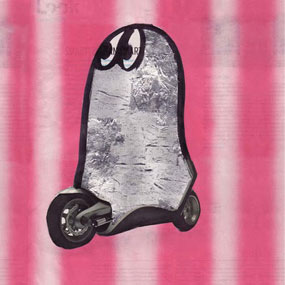 Lots more stuff by Gary at Picturebox and Fantagraphics.