Seventh in a series of posts suggesting gifts for the hilobrows in your life this holiday season. 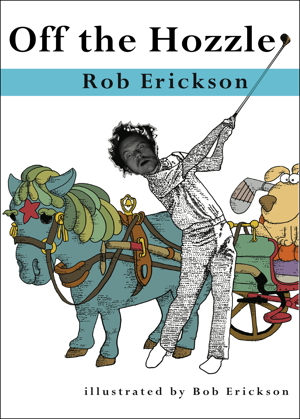 Rob Erickson’s play Off the Hozzle. According to one reviewer: “This piece obliterates language and leaves behind something glowing, amazing and altogether better than that which it has so lovingly destroyed. I was truly unprepared for how profoundly transformative a dadaesque monologue about a golf swing would affectivate my neuro-psychological processes. When you see something this utterly original, the cynic in you wonders, ‘Why is literally every single other person in the world so damn boring?'”

Sibyl Kempson’s play Crime or Emergency. According to one reviewer: “Kempson, a playwright of terrifying gifts, doesn’t write like any of the avant-gardists you’ve heard before. She has a passion for finely drawn characters, a perfect ear for dialogue and a short-story writer’s economy. Indeed, Crime or Emergency — despite its hipster cladding and brutal assaults on our senses — is downright literary.”