Third in a series of posts suggesting gifts for the hilobrows in your life this holiday season. 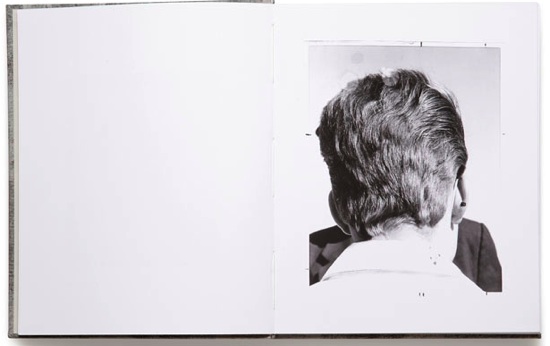 Christian Patterson’s Redheaded Peckerwood (Mack, October 2011), an artist’s monograph, uses photographs, a map, a poem, a confession letter, a stuffed animal, a hood ornament and other significant objects to meditate on the 1958 Nebraska murder spree of Charles Starkweather and Caril Ann Fugate.

Murder charges everything it touches. Every blurred photo, scrap of writing, wadded rag, and broken comb — things you’d never look at twice in any other context — takes on immanence from its association with violent death. Murder makes every contemptible detail an accretion of pathos, a precious token of life on earth; every one could be the last thing you’ll see: mousetraps, Shinola, dirty sheets, flypaper, pinups, graffiti, mold. That house at night — actually the one across the street from Fugate’s family home, since hers was torn down years ago to make way for a supermarket — looks ominous even with no context, but the association, however once-removed, effortlessly talks anybody’s imagination into making it a murder site. The telephone is a model that dates from at least a decade after the events, but the tangle of wires, the bruised wall, the wooden stand intended for some older apparatus, all look like evidence, because otherwise why would you be looking at any of it? The glare of the world’s passing attention on once and future dusty Nebraska obscurity is a one-story clapboard storefront selected by fading sunlight to stand apart from its row.

Luc tells us: “The only way I could describe it is as a work of subjective documentary photography of the historical past. This is Patterson’s first book, and mark my words: he’s gonna be a star.”