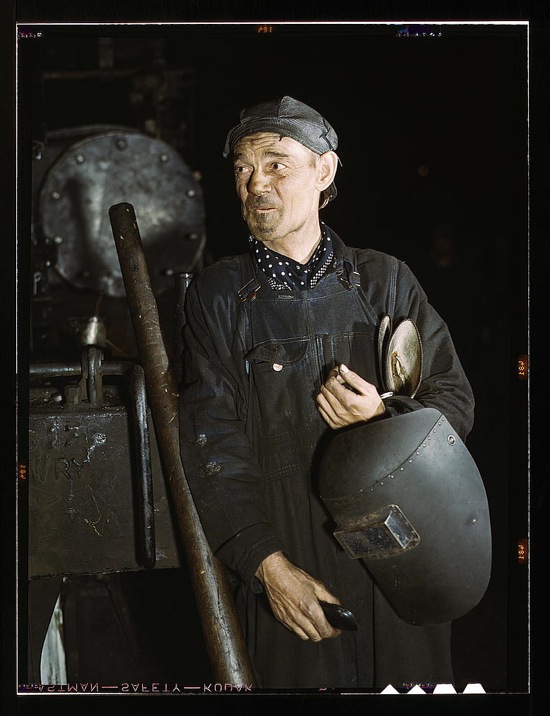 There’s something funny about the expression on the welder’s face, in this 1942 photo taken at the C & NW RR locomotive shops in Chicago, Ill. (It was found, by Matthew Battles, in the Library of Congress’s wonderful “1930s-40s in Color” set.) What is making him so uncomfortable? What does he have to hide? 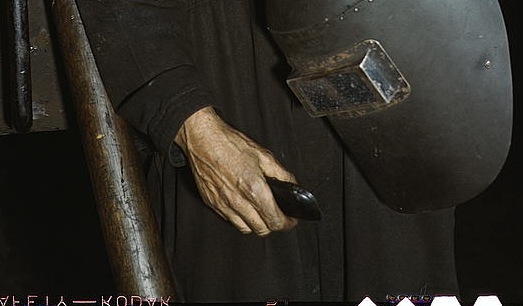 He’s carrying a smartphone, that’s why he’s so camera-shy.

Ringtone: “Praise the Lord and Pass the Ammunition”