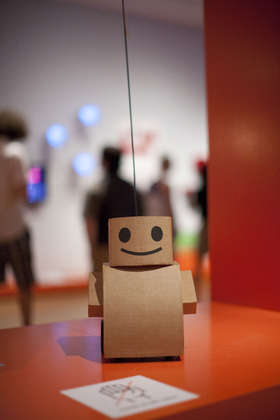 As previously announced, on Wednesday, November 2, Rob Walker will “orchestrate an evening of responses to objects” in the Museum of Modern Art’s exhibition Talk to Me: Design and the Communication between People and Objects.

Participants in Talk to Me include HiLobrow friends Ben Greenman, author and editor, The New Yorker; and Cintra Wilson, culture critic.