On August 31st, DC Comics launched a “historic renumbering” of its entire line of comic books with 52 first issues. DC sent me all 52 first issues, and I handed them over to Max, a superhero comics fan of my acquaintance — who turned 11 on October 7th. Here is the sixth installment in a series of Max’s reviews. 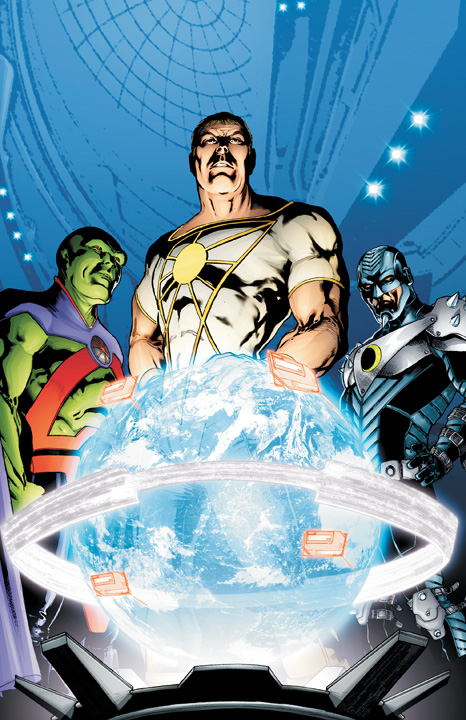 Stormwatch #1: Very good illustrations. Parts of it were funny. I liked the idea — they’re finding superheroes, and trying to get them to join this organization that defends the Earth from alien invasions. There’s an epic and scary scene at the end where they’re looking at the Moon on a computer screen and it looks like a giant claw. I like the Midnighter — he is an awesome fighter.

Voodoo #1: Really raunchy. [So you didn’t read it?] No, I read the whole thing. It was set in a strip club — was that really necessary? It had one super-violent scene where someone gets mauled to death. I liked the female agent who beats up some muggers. Otherwise it was bad. 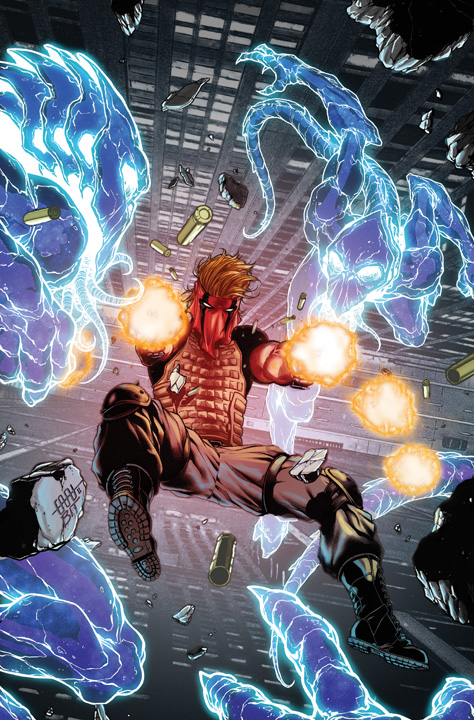 Grifter #1: I definitely liked it — it was a good read. A little bit gross. He’s a con artist who gets studied by aliens, and then he escapes and they chase him. He has to kill people infested by aliens. He stabs a girl in the eye. Twists a guy’s neck. The violence was weird but after reading some of the other comics I wasn’t too horrified. I liked his costume.

Deathstroke #1: Pretty funny. Deathstroke is almost too superior to everyone else. He throws a paper clip and slices a fly in half. I like how he joins with some younger guys in a team and then… I can’t tell the ending. But it’s gruesome. And funny. 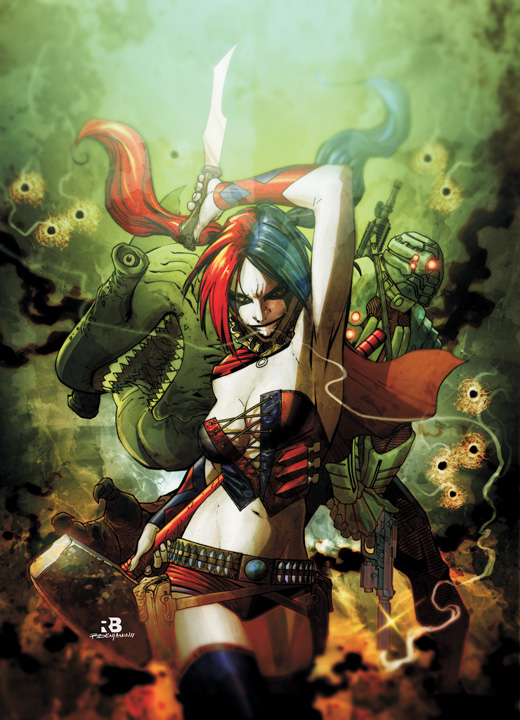 Suicide Squad #1: A little torture-y, which is a problem. I liked the graphics, and how they had a backstory for each person. But the torture was too sick. I felt bad for the King Shark character, until he bites a torturer’s arm off. That was amusing. I like the idea — insane villains sent on crazy missions. Too bad it was sadistic.

O.M.A.C. #1: Not enough backstory. The artist was trying to copy Jack Kirby — flat chins, lots of science-fictional architecture. There’s a layer of this building full of people wearing sci-fi suits… or something… it’s confusing.

Blackhawks #1: Some pretty epic battle scenes. A little bit nudie-gross, if you know what I mean. People were having “an affair” in a bed, at one point. There’s a guy called Ireland with an Irish cap, and a guy called Canada — those names are cheesy. I love the way it ends — this woman who was bitten starts steaming. I’m dying to see what happens to her. 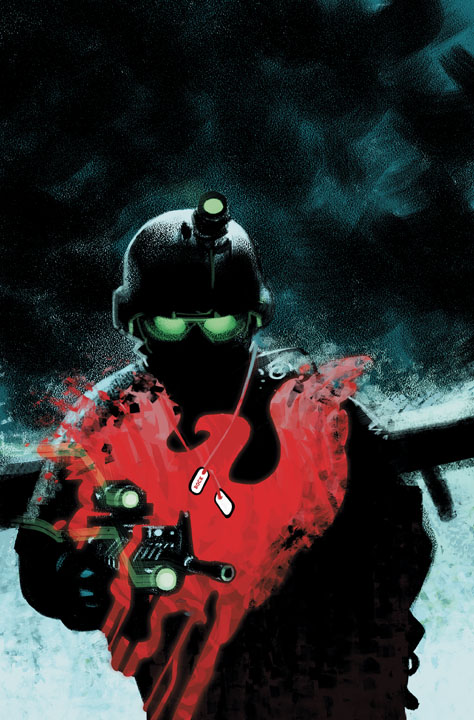 Men of War #1: It had two stories: Sgt. Rock and Easy Co., and then one about Navy Seals. I know you liked Sgt. Rock when you were a kid. [No, that was your Uncle Patrick.] Oh, well, I like Sgt. Rock, too. There was too much talky-talk at first, but then they go on this mission and see a guy wreaking havoc. He’s a silhouette who makes a bunch of fire where they’re about to land with their parachutes, so the warm air pushes them away — that was a neat idea.

All-Star Western #1: I definitely liked the idea — that Jonah Hex is coming to cowboy-era Gotham. But there’s a Gotham Butcher who kills women, and writes FEAR on the wall in blood, in different languages — that was too sick. But Jonah Hex is an awesome character. I can see why Uncle Pat likes him so much. I liked it.