On August 31st, DC Comics launched a “historic renumbering” of its entire line of comic books with 52 first issues. DC sent me all 52 first issues, and I handed them over to Max, a superhero comics fan of my acquaintance — who turned 11 on October 7th. Here is the fourth installment in a series of Max’s reviews. 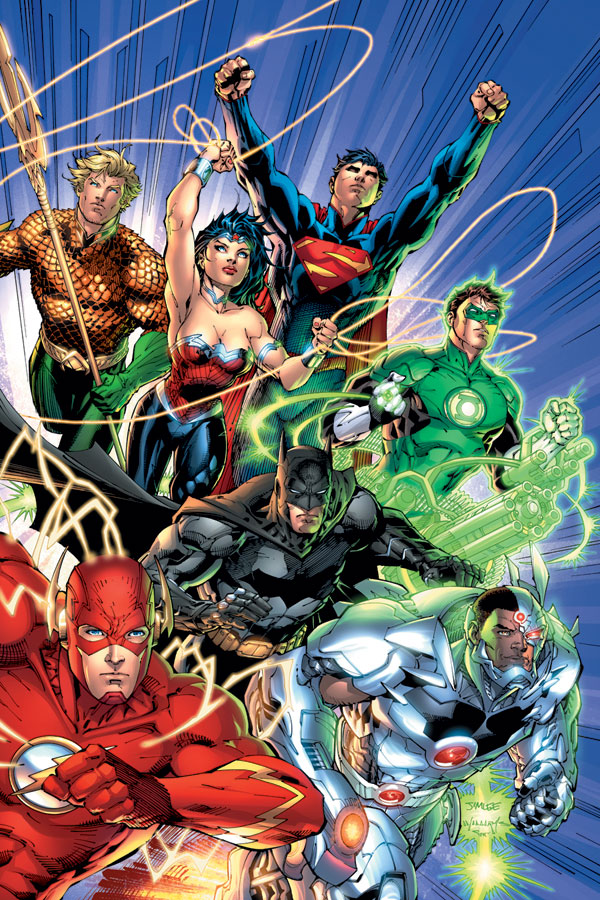 Justice League #1: I really, really liked it. The graphics were cool, there was almost no blood or gore, and the story was very intriguing. It’s another mystery — this cyborg was beating up Batman, and Green Lantern comes to save him, and they’ve never met before. It’s funny.

Justice League International #1: All in all, I liked it. It was one of the most funny of the new 52 comics. Some of the art could have been better, and I wanted more backstory on some of the heroes. I want to read #2.

Aquaman #1: Aquaman is angrier than I’ve seen before — but I think there was also some comedy. One kind of gross scene. I liked it because I always like Aquaman, and I like the graphics. 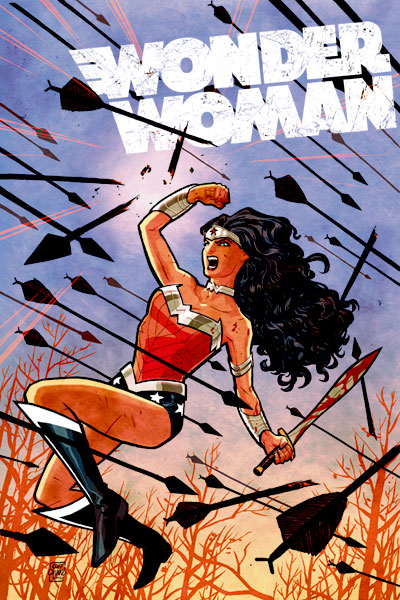 Wonder Woman #1: I like how it’s associated with the Greek gods. Plenty of action. Good backstory. I didn’t like the one panel of nudity. But I liked the comic a lot, overall.

The Flash #1: That was pretty cool. The graphics were almost like a TV show. There was plenty of action but pretty much no blood. I’m not completely sure how this comic — and all the new 52 — relate to the “Flashpoint” series. It’s confusing.

Captain Atom #1: Well-drawn. I liked that it wasn’t too gory. The plot overlapped with some of the other comics’ plots, which I like. It was epic towards the end.

The Fury of Firestorm #1: Very kinda teenage-high-school dramatic, for most of it. But the terrorists were a little bit gruesome. I like the idea of the Firestorm Helix, but I didn’t like the terrorists.

Green Arrow #1: I’m glad that Annie Nocenti might be taking over as the writer. She’s really nice, and her writing is great. She includes a lot of description and comedy. The first issue wasn’t the best. The graphics were so-so. I wanted more background story about his two assistants. Also, he needs a better haircut.

The Savage Hawkman #1: The plot was very good — it was about extraterrestrials. Somebody had found a ship full of aliens — Hawkman has to fight them. Hawkman’s suit is part of him, which I don’t remember from other versions.

Mister Terrific #1: There’s definitely some comedy in this one. It was very descriptive, and pretty darn good illustrations. The bystanders were a little bit too casual. He destroyed a supervillain, and he was climbing up a tower, and a bystander said, “How are you doing?” or something. It was a little bit scary — there was a person taking over other people’s minds. It got gruesome. 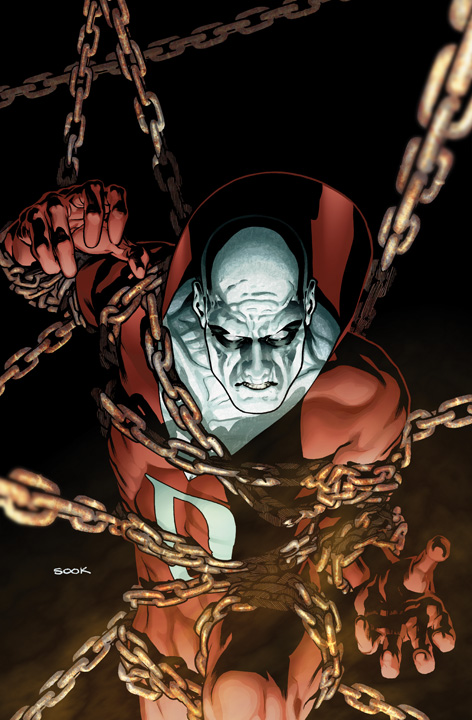 DC Universe Presents #1: Ooh! I’m excited about this, because I think there will be a different superhero story every couple of weeks. Deadman is one of my favorite DC superheroes, and he’s got the first story. The illustrations were good. But there was something missing from the comic that I can’t put my finger on. It could have been better than it was.