Seventh in a series of posts asking you to look at that forgotten hipster.

This 1913 photo, from the Library of Congress’s Flickr photostream, features the New York Female Giants. That same year, one reads, a team member was arrested for selling a program at their game that was held on a Sunday — thus violating the blue laws.

One can’t help but notice that the team’s catcher — identified at Wikipedia as Miss McCullum — was a hipster. 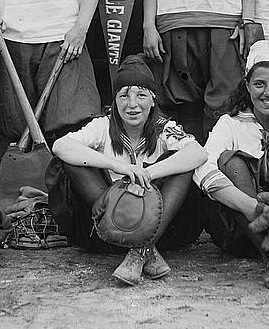