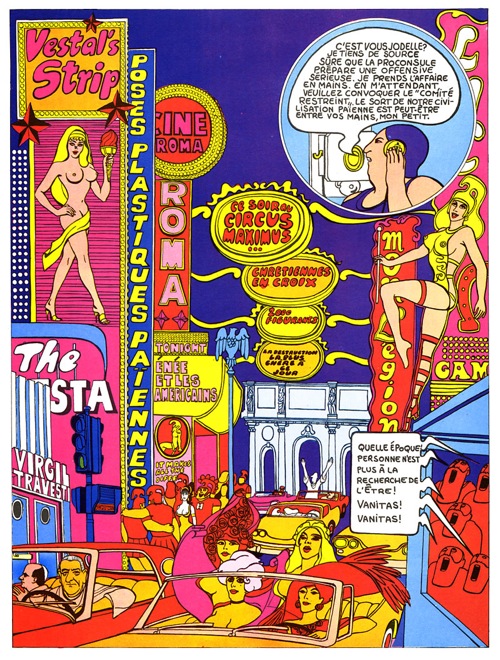 Fantagraphics announced some amazing news today — they’ve acquired rights to two of the great adult-oriented, high/lowbrow graphic novels of the Sixties: Guy Peellaert’s The Adventures of Jodelle (1966) and Pravda (1967). Jodelle is a satirical spy story set in a sci-fi Roman Empire world; Pravda (which Godard was going to adapt, at one time) is about the travels of an all-female motorcycle gang across a mythical American landscape.

Peellaert, a Belgian artist who never did comics again after these two, did the artwork for David Bowie’s Diamond Dogs and The Rolling Stones’ It’s Only Rock ‘N’ Roll in 1974; in ’73 he published the seminal rock portraiture collection seminal Rock Dreams. These strange, almost rotoscoped illustrations help define the cusp of the Sixties and the Seventies.

When I was an adolescent, we had a copy of Grove Press’s translated Jodelle in the house; Pravda has never been released in English. Fantagraphics plans to publish the former in May 2012, and the latter in November 2012, both in deluxe oversized hardcover editions. Can’t wait! 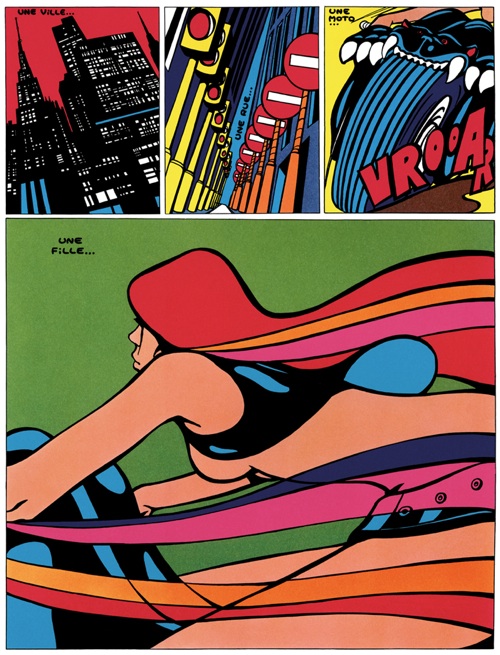