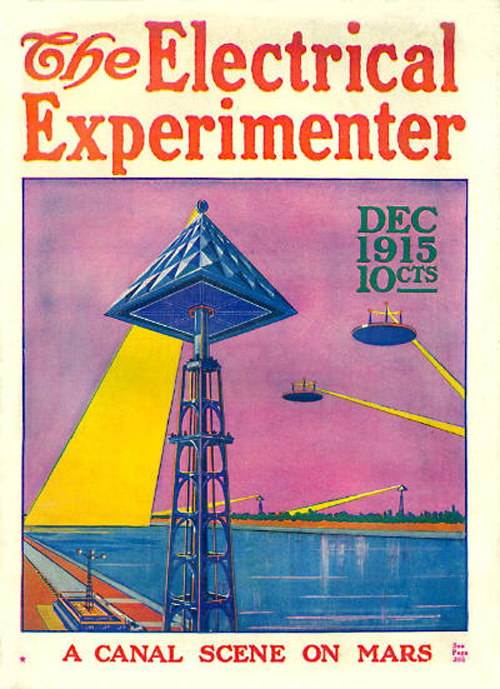 The first official science fiction pulp was Amazing Stories, which began in 1926, but science fiction had been appearing in various pulps long before that. The first pulp issues of Argosy had stories with varying amounts of fantastic material in them, and by 1902 science fiction was regularly appearing in Argosy. Munsey’s All-Story Magazine, while not specializing in science fiction, ran dozens of science fiction stories between 1905 and 1911. Science fiction regularly appeared in Modern Electrics and Electrical Experimenter during the 1910s and in Science and Invention in the early 1920s. The Thrill Book (16 issues, 1919) was intended by publisher Street & Smith to be a specialist pulp for fantastic fiction, but its content quickly became adventure-with-some-elements-of-the-fantastic, and it was deemed a failure and cancelled after eight months. But several of its stories were at least partially science fiction. And, of course, Weird Tales, which debuted in 1923, included science fiction among its fantasy and occult material.

Next up in Nevins’ series: the so-called Golden Age.