In response to the demands of HiLobrow, Boing Boing, io9, and Coudal readers, here’s the eighteenth in what is now a series of twenty posts showcasing my collection of midcentury paperbacks the titles of which include an “X.” 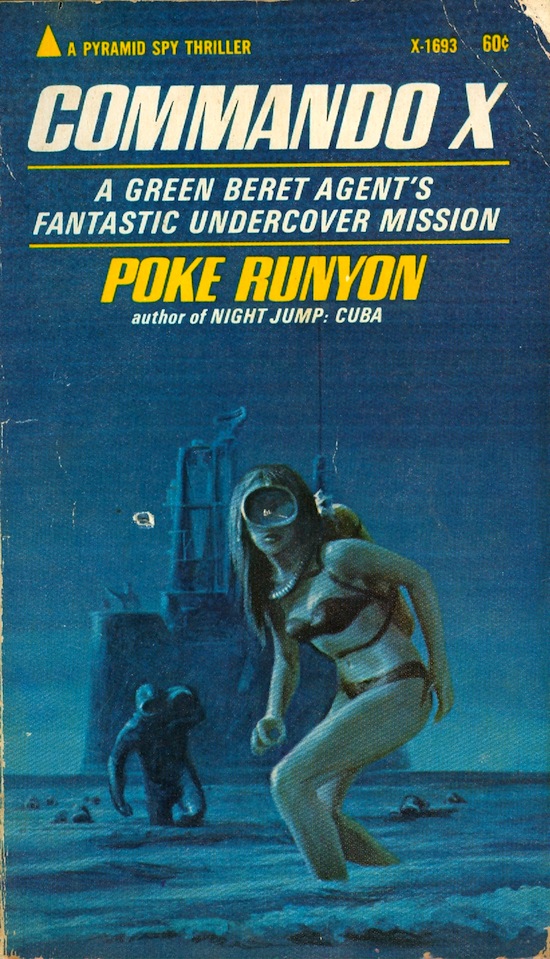 NB: Carroll “Poke” Runyon is a former Green Beret and occultist. Shortly after publishing this novel, he founded the Ordo Templi Astartes, which was dedicated to the revived worship of the Canaanite goddess Astarte and her consort Baal; he later founded also the Church of Hermetic Sciences. The title character of the 1972 psychedelic cult film horror movie Simon, King of the Witches was said to have been based in part on Runyon.