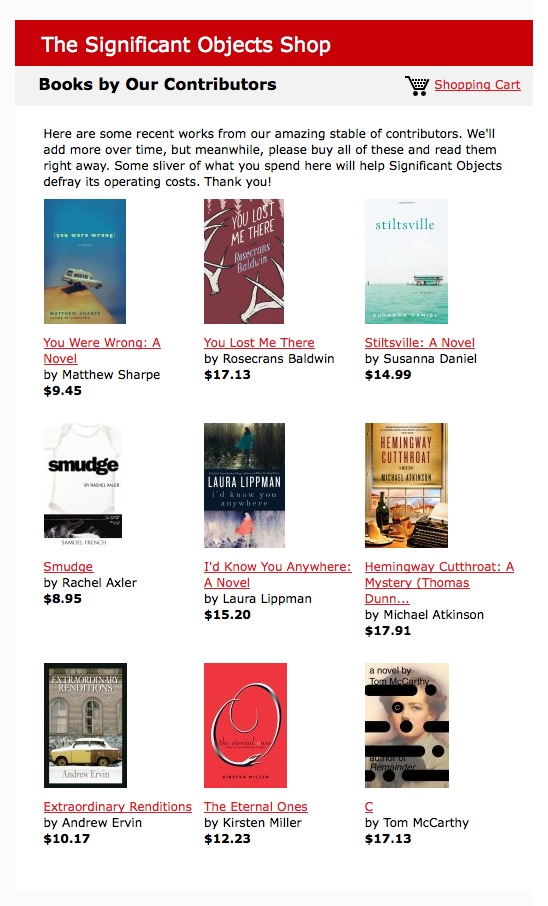 The Significant Objects project is on a hiatus during the summer, while Rob and Josh work on the previously announced Significant Objects book, forthcoming in 2011 from Fantagraphics. In the fall, the website will resume publishing new stories and auctioning off ex-insignificant objects.

In the meantime, pick up a copy of Tom McCarthy’s Booker Prize-nominated new novel, C. Or You Were Wrong, by Matthew Sharpe, whose previous book, Jamestown, is one of the best post-apocalyptic novels ever written. A few pennies from each SO Shop sale will benefit the project.

HiLobrow also encourages you to shop at the Hermenautic Circle store, which features books and music by friends of ours.