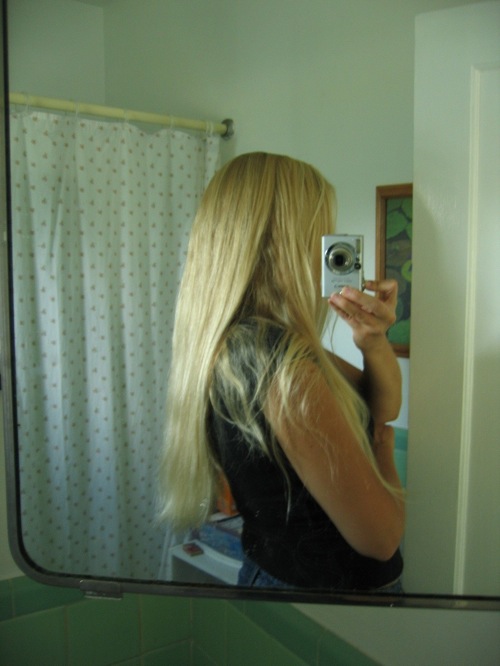 And one said smiling ‘Pretty were the sight
If our old halls could change their sex, and flaunt
With prudes for proctors, dowagers for deans,
And sweet girl-graduates in their golden hair.
I think they should not wear our rusty gowns,
But move as rich as Emperor-moths, or Ralph
Who shines so in the corner; yet I fear,
If there were many Lilias in the brood,
However deep you might embower the nest,
Some boy would spy it.’
At this upon the sward
She tapt her tiny silken-sandaled foot:
‘That’s your light way; but I would make it death
For any male thing but to peep at us.’

— Alfred Lord Tennyson, from “The Princess, A Medley”

Fifth in a series of five photographs — found on Flickr — that had been tagged with the phrase “Pantene Moment.”