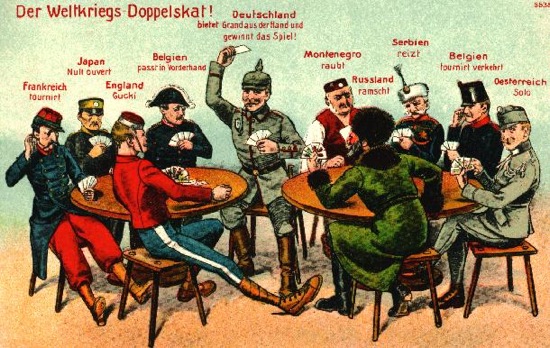 Notes toward a musical based on DIPLOMACY, a strategic board game set in Europe just before the beginning of World War I. Invented in 1954, DIPLOMACY features no dice or other randomizing factors; instead, seven players representing major European Powers must negotiate privately between each move. This is the fifth in an occasional series. 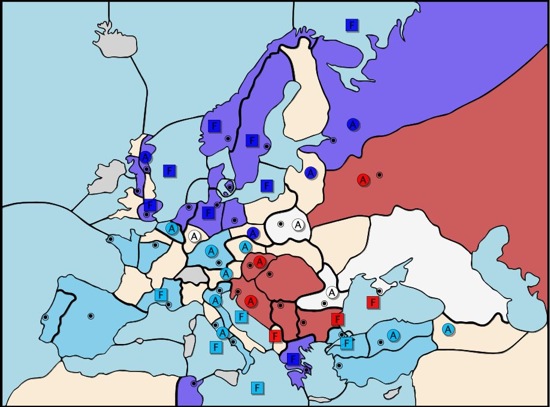 A poker table at a swanky casino in Vienna. The capital city is occupied by French troops — but under siege by Austrian forces. In the background, soldiers charge in and out of the casino — sometimes French, sometimes Austrian — perform a few allégros, then chase the preceding group of soldiers out again. Enter England’s King George V. The King enters from stage left, and executes a series of turns in quick succession: a demi plié while extending his leading leg in a tendu position and then stepping up on a tight leg and beginning the turn while simultaneously bringing the other leg up to a raised position while finishing a full 360 degree turn. [Altogether, a soutenu.] He sits down at the empty poker table (in the far left chair), removes a shiny flask from his breast pocket, and takes a drink.

Enter Armand Fallières, democratically elected president of France, from stage right. He starts in fifth position croisé and executes a plié while brushing his front leg out to tendu front. His front leg does a demi rond de jambe to the opposite corner in the back while Armand turns to face the other front corner. The weight is quickly transferred onto his working leg (the one that was front). Armand brushes the supporting leg through first position and then executes a chassé forward onto the supporting leg and closes in croisé. He does all of this several times in quick succession, while moving toward the table. Arriving there, he sits next to the King.

ARMAND : My friend, what a pleasure to see you here. I thought you were busy invading Moscow?

KING: Quite. Er, but the thing is, I couldn’t do it. The blighter’s defenses are too strong.

ARMAND: The Emperor! I tell you, it is as though he can read our minds.

KING: He’s quite a student of body language, too. Speaking of which, was that a Pas de basque you just did?

ARMAND: You noticed? I thought you weren’t looking.

KING: I could see your reflection in my flask… Heh. Handy thing to have at a poker table, a reflective flask.

ARMAND: That explains much, mon ami. 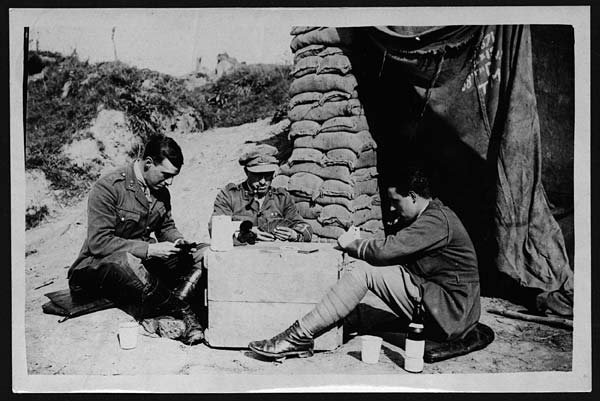 KING: Rather. You — you haven’t had much luck at cards, lately. If you don’t mind my saying so. You were doing rather nicely there, for a spell. Those games in Italy and Turkey went smashingly, for example. And your first game here in Vienna, of course, was a triumph.

ARMAND: Don’t rub it in! I was ahead of you, but you’re catching up fast, ever since your great win in St. Petersburg.

KING: Now, there was a game! Feels like it lasted a year.

Enter Emperor Sigmund, of Austria, from stage left. Despite his tattered and bloodstained leotards, he proceeds to put on a virtuoso display of agility and strength: One triple tours en l’air after another. At first, he lands on both feet; then on only one leg, with the other extended in arabesque; and finally, arriving at the poker table, he lands on one knee. [Pause for applause.]

KING: Good show, old bean! Didn’t know you still had it in you! By Jove!

The Emperor sits down at far right, leaving a seat empty between himself and Armand.

EMPEROR: Gentlemen! Fancy seeing you here. In my capital city.

KING: Oh, I say! That’s a bit thick. Really, this is too awkward.

ARMAND: No, no. His honesty and dignity is all that the man has left.

EMPEROR: And my poetry, of course. I’ve long wanted to abdicate my throne and write poetry. Perhaps I’ll have a chance yet. Did you see my latest effort? It was really nothing, of course.

KING: Of course we did, my dear chap! My wife read it to me in the tub just the other weekend. Er… How did it begin again?

EMPEROR: Ahem. “Vienna, my mistress,/your white terraces are seething with Frenchmen,/your salons ring with their cheap laughter./They are weak and decadent, they have…”

ARMAND: Right! Yes! How well we remember it, my friend. No need to recite the entire thing, you know.

Armand fingers his moustache absently, then jerks his hand away.

KING: Oh, jolly good, yes! “They have inadequate moustaches.” How I laughed about that one. Er, it was intended to be funny, was it not?

EMPEROR: Well, it was not a burlesque, my friend.

ARMAND: No, no. Of course not. I rather liked the lines, “Vienna, I believe you are speaking to me./My love, my white-thighed city of delights.” That sounds quite French, you know. Our cultures aren’t so different, after all. I think your people will find they adapt to French ways quite easily.

KING: Oh! Wait — yes. No. Yes! I’ve just remembered how that one ends: “Kill them all.” Isn’t it funny how you sometimes remember things like that, but can’t recall your wife’s birthday? For example, I mean.

EMPEROR: I… Well. Shall we play a hand or two of poker?

KING: By all means, I’ve got the cards here, up my sleeve.

He pulls the cards out and does some stunt shuffling, over his head, behind his back. [Pause for applause.] 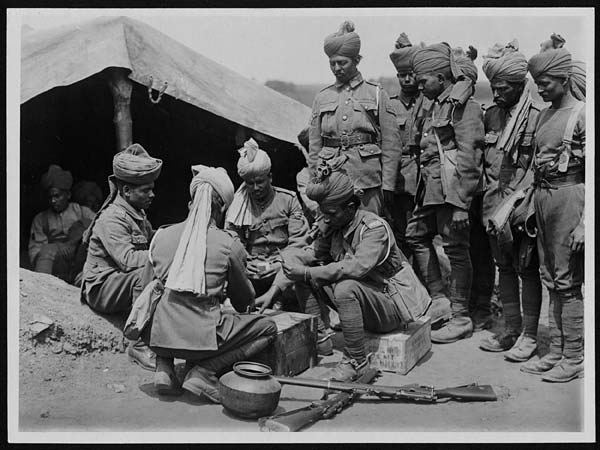 ARMAND: Wait. How can we play with only three? Where is the Tsar? Is he running late?

ARMAND: Oh, come come, Emperor. Don’t pull such a face. It’s not as if he were a close friend of yours!

KING: Still, old man, it’s not… respectful, to joke like that. Show some common decency.

ARMAND: Listen, I play to win! So did the Tsar. If he has cashed in his chips now, at least he died at the table. Not like some people, who will quit before the game is over, and run home blubbering.

EMPEROR: Are you insinuating that I…

KING: Boys! Did we come here to fight, or to play cards?

EMPEROR [sings]: If you like to gamble, I tell you I’m your man…

KING [sings]: You win some, lose some!

EMPEROR: It’s ALL the same to me/The pleasure is to play!

ARMAND [sings]: It makes no difference what you say…

EMPEROR [sings]: I don’t share your greed, the only card I need is The Ace Of Spades! 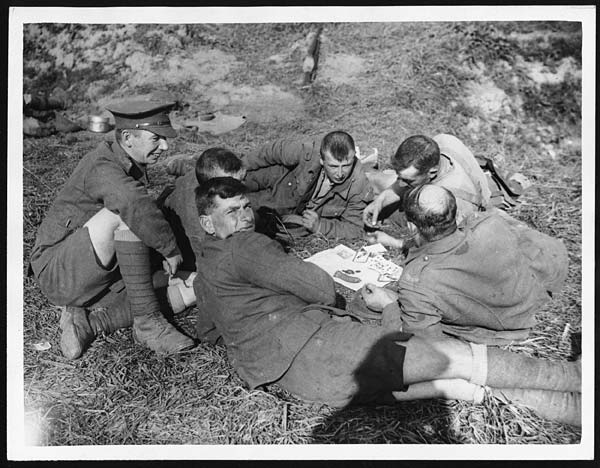 ARMAND [sings]: Playing for the high one, dicing with the devil…

EMPEROR [sings]: Going with the flow, it’s all a game to me!

EMPEROR: Double up or quit, double stake or split, The Ace Of Spades!

Suddenly, the Tsar hobbles in from stage right. He has only one leg, and is leaning on a battered crutch. He is sheathed head to toe in bloody bandages. Only one eye peeks out. Stunned silence. Then, five young members of the Ballet Russe rush to his side, in Cossack uniforms — Anna Pavlova, Adolph Bolm, Vaslav Nijinsky, Tamara Karsavina and Vera Karalli. [Pause for applause.] They perform Russian-style ballet moves around the Tsar, who stands up straighter and straighter. Finally, he casts aside his crutch, and does an impromptu Russian dance. The kind that requires two legs. It is not a success. Helped to his feet by the members of the Russian troupe, the Tsar is seated at the table. [Pause for applause.]

The KING deals out cards, and Armand passes out poker chips, as the Tsar sings a solo.

TSAR: You know I’m born to lose, and gambling’s for fools/But that’s the way I like it baby/I don’t wanna live for ever/And don’t forget the joker!

They all pick up their cards and play.

ARMAND [sings]: Pushing up the ante…

He tosses in chips.

He pushes his entire stack of chips in. The others follow suit.

The Emperor and the Tsar suddenly draw pistols from inside their leotards and aim them at the other two.

TSAR [sings, to Armand]: I see it in your eyes, take one look and die!

EMPEROR [sings, to the King]: The only thing you see, you know it’s gonna be!

TSAR and EMPEROR [singing]: The Ace Of Spades! 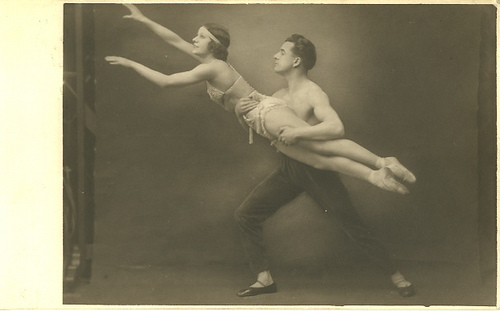