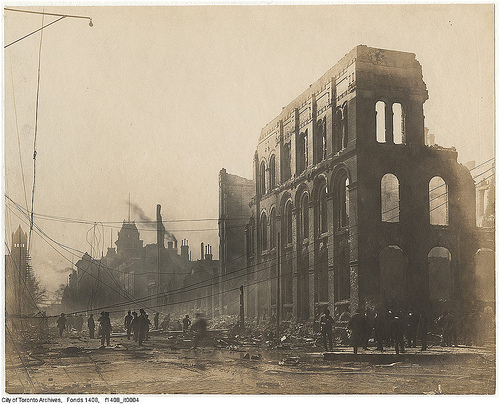 Notes toward a musical based on DIPLOMACY, a strategic board game set in Europe just before the beginning of World War I. Invented in 1954, DIPLOMACY features no dice or other randomizing factors; instead, seven players representing major European Powers must negotiate privately between each move. This is the third in an occasional series. 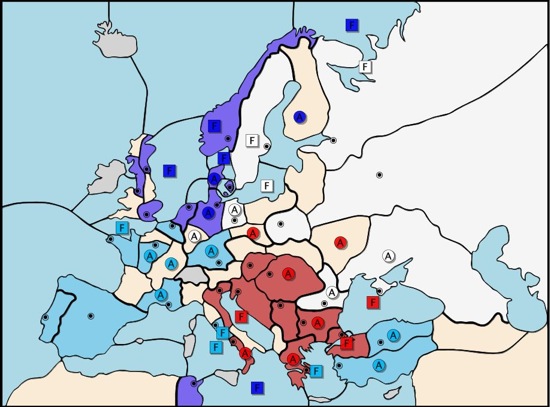 Scene: Tsar Nicholas II (Russia)’s Winter Palace in Saint Petersburg. An enormous crucifix, newly installed amid the finery, in background. Spotlight on the Tsar, hair and beard in wild disarray, wearing uniform pants and boots, on his chest nothing but a sackcloth with holes torn for his head and arms, and face smeared with ashes. He is being restrained by King George V (England) and Emperor Franz Joseph I (Austria-Hungary). The King and Emperor are dressed in full uniform, though they, too, look disheveled. All three men wear swords. The Tsar is trying to reach a large bottle on a table in front of him. It is marked “Бензин,” which the audience knows — from their program notes — is Russian for “petrol.” We can see a fireplace with burning logs; a figure is seated next to it. Lights come up, and we perceive that the shadowy figure is a cloaked French soldier who has survived the march through Russia. He is seated in a chair by the fireplace, doing needlework (shades of Madame Defarge) and frying bacon and eggs in an infantryman’s pan set on a trivet in the fireplace. Upon a side table next to him rests an ornate mirror, apparently removed from a lady’s bathroom in the palace. He seems to be using it as a plate. Atop the mirror rests a large hunting knife.

KING: Stop, you fool! Don’t you know there’s always hope where there’s life? Er, the other way around, I mean!

EMPEROR: You damn Easterners! At the first sign of enemy troops on your side of the border, you curl up and die? Ach, I’d love to get you on the couch and probe your… unconscious.

KING [releasing Tsar’s arm, and confronting the Emperor]: I thought I was the only couchmate for you!

EMPEROR: Your unconscious mind contains nothing of interest. Just endless subbuteo games from your uneventful childhood….

The Tsar breaks free, seizes the bottle of petrol, and douses himself with it.

TSAR: No man can resist his Destiny! My fate was written aeons ago!

The Emperor and the King attempt to seize him again, but the Tsar draws his sword and holds them at bay.

TSAR: Did I ever tell you about the assassination of my grandfather, Alexander II? I was twelve. I remember I was wearing a blue sailor suit.

EMPEROR: That explains a lot. 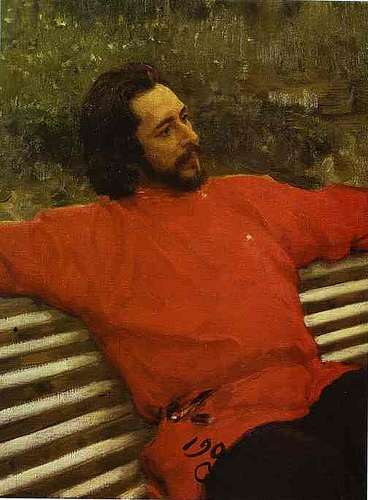 TSAR: I came into this very room. Grandpapa lay in a bed set up there, by the fire. My mother, who had been ice skating, arrived still clutching her skates. At the window looking out stood my father, the Heir Apparent, his broad shoulders hunched and shaking, his fists clenching and unclenching. “The Emperor is dead,” announced the surgeon, letting go of Grandpapa’s blood-covered wrist.

KING: Listen, old boy. Someone killed your grandfather, yes. But he didn’t kill himself. If you get my drift.

EMPEROR: You’re addicted to the idea of your own death, you idiot. A toxic and alluring drug named Morbidity burns in your veins.

TSAR: Burns? Yes! That’s right! I will burn, the palace will burn, reality itself will burn.

The Tsar snatches a torch from a wall bracket, and holds it threateningly over his own head.

TSAR: This tragedy is almost over.

EMPEROR: This is no tragedy, it’s a comedy.

KING: I thought it was a musical?

TSAR: Whichever, this is the final act!

Tsar, King, and Emperor have turned to look at the French soldier, who turns in his chair and casts off his cloak — it is Armand Fallières, president of the French republic. Music fills the air. 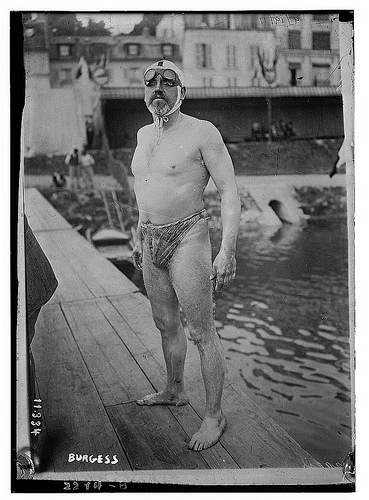 ARMAND [singing]: Master of puppets, I’m pulling your strings/Twisting your mind and smashing your dreams/Blinded by me, you can’t see a thing/Just call my name, ’cause I’ll hear you scream!

The Tsar tries to stab the seated Armand, who — without rising — uses the needlework he holds like a toreador’s cape. The Tsar stumbles past him and his swordpoint gets lodged in the huge crucifix.

TSAR [struggling to remove the sword from the crucifix, singing]: Life of death becoming clearer!

Armand slides the eggs and bacon from the frying pan onto mirror, and starts cutting it up with the hunting knife.

ARMAND [singing]: Chop your breakfast on a mirror.

Armand eats his breakfast, while the Tsar yanks at the sword. Meanwhile the Emperor and King confer.

EMPEROR [speaking]: Is he singing about drugs? You know, we cocaine users call our early-morning shot “breakfast.”

KING [speaking]: What do you have for elevenses, then?

The Emperor and King draw their swords. 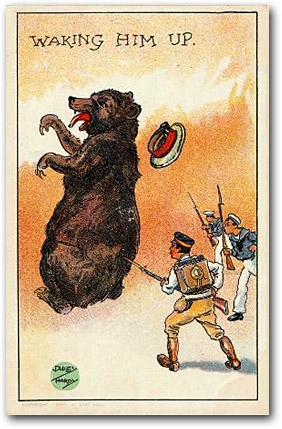 TSAR [singing]: Hell is worth all that, natural habitat…

ARMAND [singing]: Just a rhyme without a reason!

The Emperor and King converge upon Armand.

ARMAND [singing]: Now your life is out of season!

The Emperor lunges at Armand.

ARMAND [stabbing the Emperor with hunting knife, singing]: I will occupy!

ARMAND [striking Emperor on neck with frying pan, singing]: I will help you die!

Emperor collapses like a felled tree, taking frying pan with him. The Tsar frees his sword. 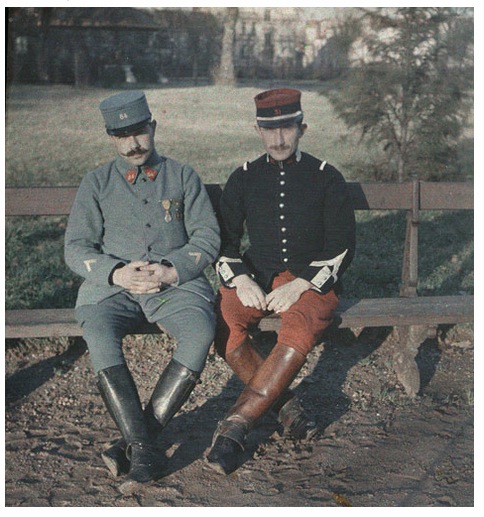 TSAR [running at Armand, singing]: I will run through you!

EMPEROR [spoken from floor]: Don’t you mean “run you through”?

Armand trips the Tsar, who drops his sword.

ARMAND [trips the Tsar, singing]: Now I rule you, too!

Tsar crawls across the floor, stands up next to the torch bracket.

Tsar seizes the torch, thrusts his face into it. He bursts into flames. 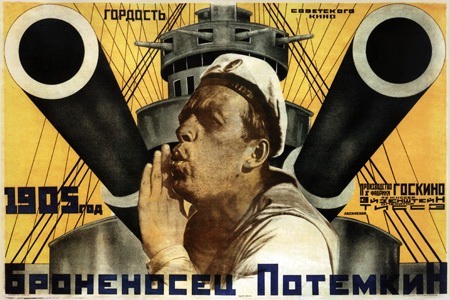