Reductionist evolutionary biology theories would explain away all of our cultural practices as byproducts of natural selection. So how do you explain the burqa, demanded science writer Jonah Lehrer recently, after an American Journal of Clinical Nutrition article indicated that conservative Muslim dress codes are causing vitamin D deficiency by depriving women of sunlight.

[A slightly different version of this item originally appeared at the Boston Globe Ideas section’s blog, Brainiac, in June and October 2007.]

It’s tough, says Lehrer, to construct a “biologically rigorous theory of culture or religion that can explain why someone might willingly cloak themselves in a black covering (in an area dominated by hot deserts) and put themselves at high risk for a variety of serious illnesses caused by vitamin D deficiency.”

I’m here to complicate Lehrer’s either/or model. Psychology falls somewhere between biology and culture, right? In the mid-1940s, the psychologist Anna Freud described “identification with the aggressor” as a neurotic attempt to avoid punishment by internalizing the values of one’s oppressor.

I’m not saying that this is why women in Muslim countries wear the jilbab (body covering), hijab (head covering), and face veil (niqab) which, taken together, constitute the burqa. But it seems to me that post-9/11 Americans are so neurotic about Islamofascist terrorists that — out of fear, and desire — we’re slowly turning ourselves into Islamofascists. What else can explain the popularity of the hijab, and even the jilbab, in current women’s fashion magazines?

And then there’s the return of the odalisque — that is, the Turkish harem concubine. The odalisques of Boucher, Leighton, Renoir, and other 19th-century European painters depict a nominally eastern (Muslim) woman lying on her side, on display for the spectator. Ingres’s Grand Odalisque (1814) is one of the best-known examples: 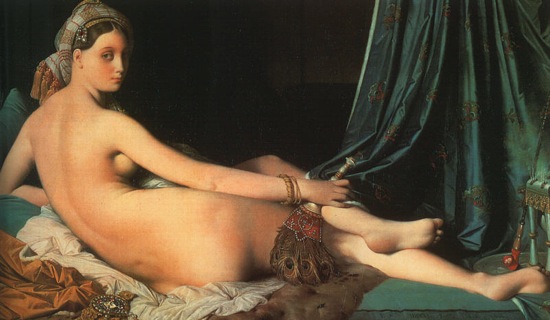 A contemporary version of Ingres’ odalisque showed up, this week, in an ad for Keri Renewal Serum for Dry Skin. Why use a Muslim sex slave to sell skin lotion to American women? There’s no rational explanation. But perhaps there’s an irrational one… 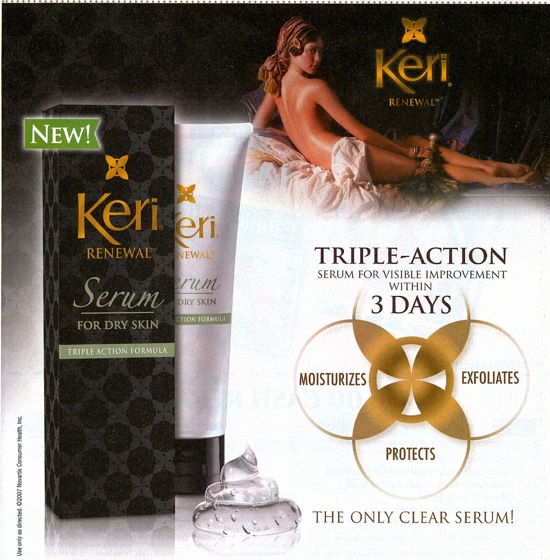 In September 2006, Joshua Glenn launched Brainiac, a blog published by the Boston Globe’s Ideas section. He retired from Brainiac in June ’08, to pursue new projects; in February ’09, he cofounded HiLobrow.com. This post is the ninth in a series of ten commemorating Glenn’s brief tenure as a professional blogger.