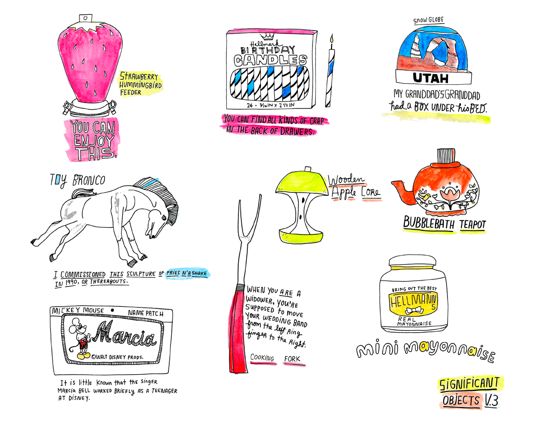 Over at HILOBROW’s sister site, Significant Objects, Rob Walker and I have just announced the wrapping-up of our third volume of stories. Between February 22 and today, we used stories by Damion Searls, Heidi Julavits, Jenny Offill, Jim Shepard, Scarlett Thomas, and 45 other talented writers to convert about $58.00 worth of thrift-shop bric-a-brac into nearly $1,750.00, proceeds going to Girls Write Now.

Didn’t win an SO v3 object? You can still support Girls Write Now by purchasing one of the limited-edition yet highly affordable Significant Objects v3 prints by Kate Bingaman-Burt, from 20X200.

Significant Object’s second volume of stories — contributed by Kathryn Davis, Tom McCarthy, Amy Fusselman, Neil LaBute, Gary Panter, and 45 others — raised over $2000 for 826 National. Our first volume was a quasi-anthropological experiment analyzing how inanimate objects become significant via narrative; we sold $128.74 worth of thrift-store junk for over $3,600.00 — all proceeds went to Sheila Heti, Nicholson Baker, Lydia Millet, Colson Whitehead, Jonathan Lethem, and the other 95 participating authors.

Will there be a fourth volume of Significant Objects? Yes, but we’re going to take a few months off, first. Not that the website will go silent. Between now and SO v4, we will: publish some object-oriented fiction, and auction off the written-about objects; post Author Updates; report on fiction contests; continue to track the Significant Objects meme as it develops and spreads; and continue to analyze the findings from our original experiment. 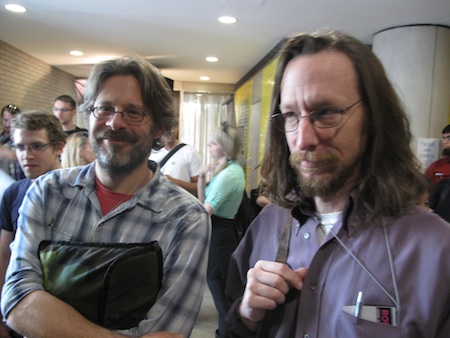