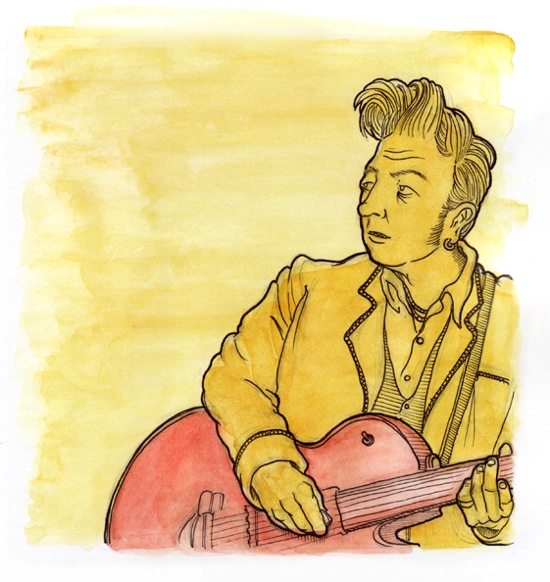 Rockabilly is a tattooed, leopard-print subculture (some would say cult) with selected artists to adore, and strictly codifed signifiers — specific types of jeans cuffed just so, certain hairstyles and sideburn lengths — interpretable only by insiders. To the extent that they’re both a way of playing dress-up, these days, punk and rockabilly look like divergent blooms on the same stem. But when BRIAN SETZER (born 1959) moved to the UK in 1980 to preach his rockabilly gospel, his music sounded to some ears traitorous to the punk, proto-no-wave and new wave future of rock. Because these genres were considered the soundtrack to a political cause — smashing the state, and doing it all differently — the Stray Cats’ rockabilly was an act of defiant generational treachery. In the 1990s, Setzer planted his flag even deeper in retro territory when he formed the Brian Setzer Orchestra, the only collection of musicians in the (regrettable, for the most part) New Swing movement who actually had chops. Though an outsider among outsiders, Setzer has always carried his head the same way he’s piled his hair: high, baby. Way high.