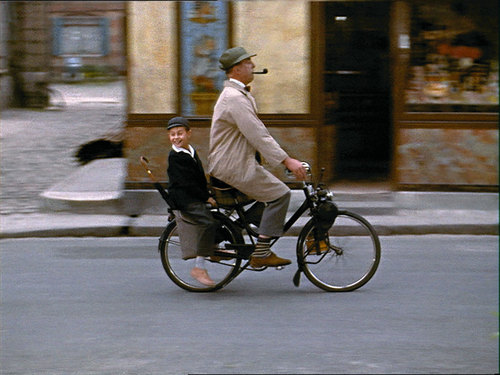 Poujade’s France is the France of the baked-dirt squares where men play boules on summer evenings, the France of old ladies in black sitting in overstuffed rooms shuttered against the summer sun, of peasants in faded blue work clothes, of the little stores tended by the middle-aged women shuffling out of the backrooms. It is a France which distrusts Paris and its frivolities and its politicians and its intellectuals and its big modern businesses.

It is the bourgeois’ France, which won its birthright in the Revolution and has been hanging on to it grimly ever since. It is the France which widened the streets of Paris to discourage new revolutions, set up guilds to prevent overproduction, equated smallness with self-sufficiency, and self-sufficiency with independence. Generations of French children were brought up on the adage: my glass is small, but it is my own.

—From a March 19, 1956 article in Time Magazine about Pierre Poujade, whose poujadistes were the tea party movement of postwar France.

In Jacques Tati’s Mon Oncle (1958), little Gérard’s uncle is his very own small glass always brimming over. In l’École des Facteurs, (below, 1949), Tati’s postman pilots his velo through baked-dirt squares, delivering mail to little stores tended by middle-aged women. Where Poujade’s was an angry nostalgia, Tati’s dipping, ringing, absurd bicycle seems to outrun reaction. But is that so?

Third in a series of twelve.