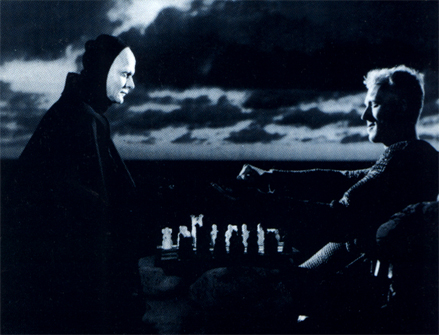 Antonius Block (Max Von Sydow): This is my hand. I can turn it. The blood is still running in it. The sun is still in the sky and the wind is blowing. And I… I, Antonius Block, play chess with Death.

NB: Bergman’s father was a conservative Lutheran minister (in Uppsala, Sweden ); in his autobiography, Bergman claims that, as a child, he distracted himself from his father’s sermons by devoting his interest “to the church’s mysterious world of low arches, thick walls, the smell of eternity, the colored sunlight quivering above the strangest vegetation of medieval paintings and carved figures on ceilings and walls. There was everything that one’s imagination could desire — angels, saints, dragons, prophets, devils, humans.” The painting below, in which Death plays chess, is said to have influenced Bergman’s The Seventh Seal. 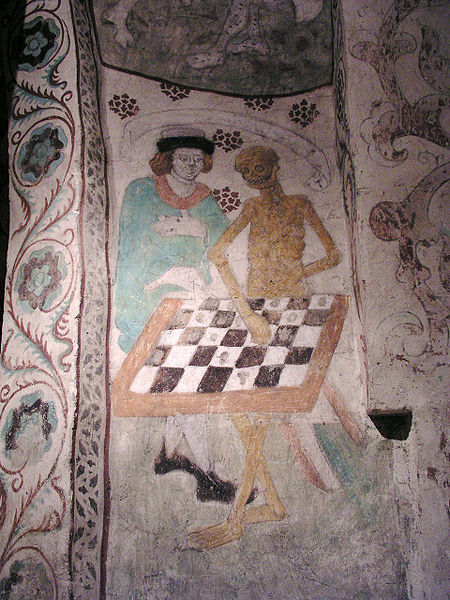 Tenth in an occasional series.