Over at the BN Review, today, HiLobrow.com coeditor Matthew Battles and HiLobrow.com contributor Joe Alterio (who is one of our favorite artists) have collaborated on a terrific slideshow pegged to the 150th anniversary of the birth-year of Sir Arthur Conan Doyle. 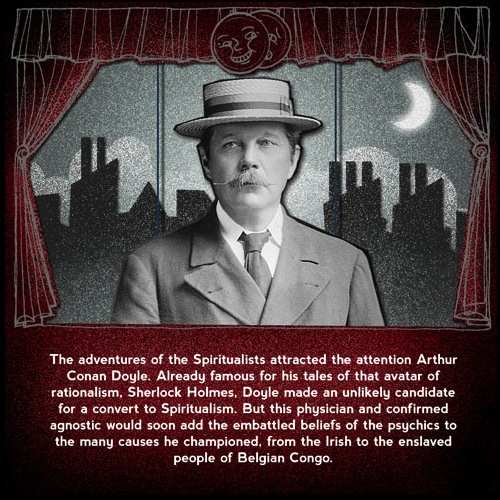 The funny thing about Doyle, who is best-known as the inventor of that arch-rationalist literary character, Sherlock Holmes, is that he defended Spiritualist mediums and championed their followers’ beliefs. (For example, in his 1926 Professor Challenger novel, The Land of Mist.) And the funny thing about Ehrich Weiss, the debunker of pseudo-psychic illusionists who publicly crossed swords with Doyle over Spiritualism, is that he’s best-known as that master illusionist, Harry Houdini. 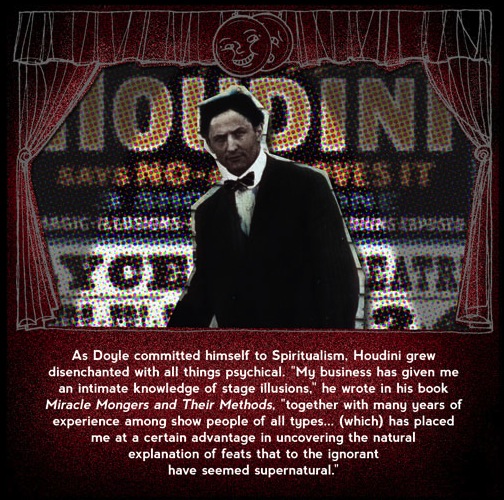 A fascinating bit of hilo history — and just wait until you learn about the Margery Box.