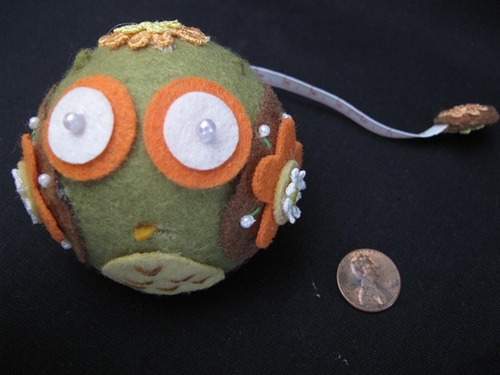 Over at Significant Objects today, Margaret Wertheim of the admirable Institute for Figuring tells a story about an owl-shaped pincushion and its role in the discovery that Leibniz was right to reject Newton’s notion of absolute space and time when he proposed that space and time have no a priori existence, but are byproducts of a universal set of relationships. Nice!