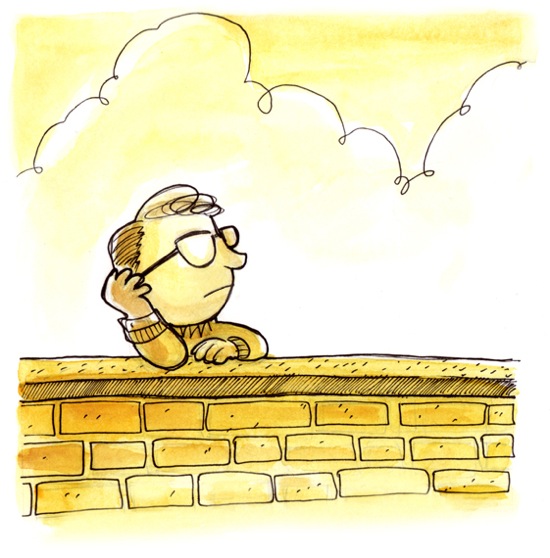 CHARLES M. SCHULZ (1922-2000) might seem an unlikely hero for HiLobrow.com, because his comic strip Peanuts and, particularly, the animated Peanuts TV specials, are so mainstream. A casual reader might even perceive Peanuts as a long-running morality play of sorts, a collection of middle-class Aesop’s Fables every bit as insidious (and instantly recognizable) as Disney cartoons. But the clawing, desperate existence of Charlie Brown, the forever unrequited loves of Sally, Linus’ existential questions, Lucy’s ball-breaking demeanor — these moments in the strip came from a deeply discontented, which is to say un-middlebrow mindset. My love of Schulz is one of recognition: in him, I see many other illustrators and cartoonists I know, highbrows forced into lowbrow forms by doubts about whether or not we deserve to think of ourselves as artists. With his delicate penwork and set-like backgrounds, Schulz created, day after day, a theater of the absurd which explored this and so many other questions.