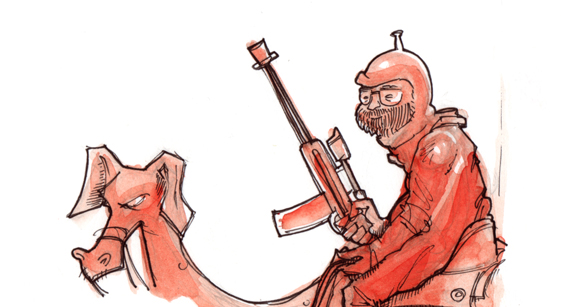 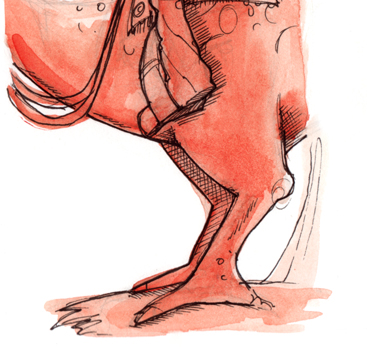 If the sexualized children’s gardens of white gloves and dildos sharing the same animation cel are old hat to today’s otaku-obsessed hipsters roaming the pop-surrealist galleries, we have auteur animator RALPH BAKSHI (born 1938) to thank, in part. Pulling himself up through the traditional TV animation ranks, Bakshi first gave us a glimpse of what was going on in his mind with the adult (read: inappropriate and often misogynistic) subject matter in 1972’s adapted R. Crumb comic, Fritz the Cat. Bakshi’s style was unique: extensive rotoscoping, loose, nearly sloppy line work paired with brilliant framing, and cinematic transitions that bordered on the hallucinogenic. All this was most apparent in the post-apocalyptic-cum-fantasy tale Wizards (1977), still his most notorious work. His subsequent films, such as the ludicrous American Pop (1981) and the unwatchable Cool World (1992), put Bakshi into a corner of animation all his own, one associated more with pot-smoking wizards and fairy prostitutes than lunchbox merchandising. His vision may be debatable, but unlike the monstrous entities that straddle Burbank like animation leviathans, pumping the world full of boring garbage, Bakshi is a visionary.