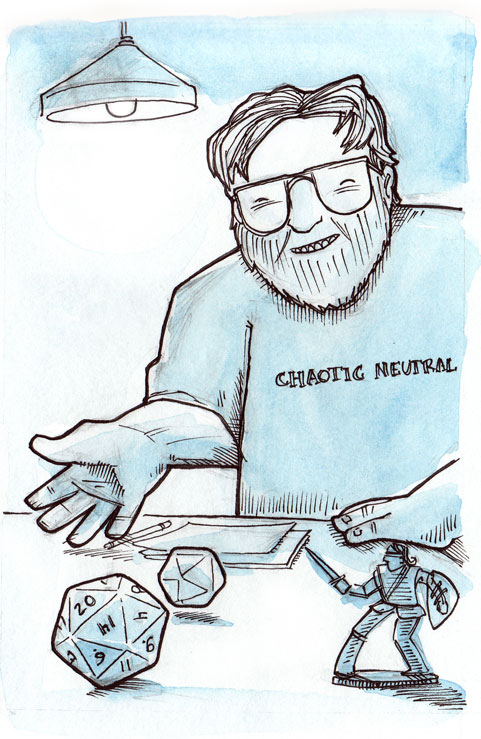 “You’re DAVE ARNESON (1947-2009), who some claim was the true visionary behind modern role-playing games — though your partner, the more business-minded Gary Gygax, has superceded you in RPG mythology.”

“OK, I try to develop the first fantasy role-playing game.”

“Roll to see if your INT score is high enough. You made it! Using rock-paper-scissors, and later dice, to resolve challenges in the game, you develop Blackmoor, a fantasy RPG which you take to Gygax, whom you’d met at his annual gaming convention. Together, you develop a set of rules that becomes Dungeons & Dragons. In ’74, Gygax incorporates TSR to publish it. Now roll a saving throw against a Spell of Betrayal.”

“Rough luck. Two years later, you leave TSR, and later sue them for royalties on Advanced Dungeons & Dragons. Despite going on to write early computer role-playing games, you’ve garnered only enough XP to level up to Forgotten Cultural Icon.”